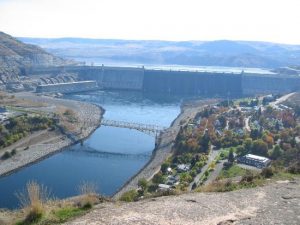 Lee would like to get 10 members to register in December so that the club can get a park loop. When more than 10 are signed up they will be in other loops.

The Grand Coulee Dam sits deep in the Columbia River Gorge of North Central Washington. It is located about 90 miles west of Spokane, 100 miles South of Canada’s boarder, and about 230 miles east of Seattle.

Grand Coulee Dam is truly magnificent to behold. Built from 1933 to 1975, it is 550 feet tall, from the 500 foot wide polished granite base, to the 30 foot wide crest which supports a paved two lane road. When you include the third power house, Grand Coulee Dam is almost 1 mile long. Did you know there is enough concrete in the Grand Coulee Dam to build a 60 foot wide highway four inches thick, from Los Angeles to New York City! That’s is a 4 lane Highway 3,000 miles long.

There is a laser light show in the evening on the Dam.

Castle Rock Natural Area Preserve is on the butte nearby.

Here is the information on the Washington State Park Reservation System

The full amount of the camping fee is collected when the registration is made. In this case for the 4 night and registration fee would be 168 for WA residents or 173 for non-WA residents. 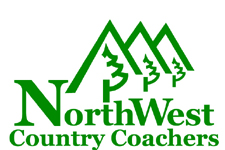 May 5 – 8, 2022
Casey’s on the River
Westfir, Or
Hosts: Floyd and Joyce Hensley
Click for Rally Info

Need more information about one of our rallies?
Click here